There is a quiet optimism pervading around Twickenham currently. The debate around Eddie Jones’ departure has ended, Steve Borthwick’s arrival has been heralded, and the gloom is starting to lift. The optimism was notched up a couple of decibels last week when Nick Evans was announced as England’s attack coach for the Six Nations. Evans has been instrumental in the sparkling style of play that saw Harlequins crowned Premiership champions in 2021. The atmosphere at Twickenham during the autumn was restless, with fans struggling to get behind England’s sluggish brand of rugby. Can Evans spark England’s backline and get some bums off seats?

Evans has been lauded for his work with talented English youngsters at Quins, none more so than Marcus Smith, who plays with the same attacking vigour Evans did himself. Quins’ attack is multi-faceted, with the ability to spray opposition defenses with numerous bullets. Quins attacking danger largely stems from the dual threat their half-backs provide. Danny Care is a huge threat around the ruck, with the ability to hold the attention of the guard defenders, sucking players in and giving Smith the space to orchestrate attacks. Smith has the pace and footwork to bust the gain line, constantly threatening the line with his impressive acceleration. The dual-threat makes Quins unpredictable, and you can see how they have missed Smith in recent weeks.

Evans’s influence is clear to see in the intricacy of Quins’ running lines, a lot of their scores come off the back of set pieces, with moves operated at high speed and high precision. Another fundamental axis of Quins’ attack is Andre Esterhuisen, a behemoth of an inside centre who can provide significant go-forward while also sucking in defenders as a decoy runner. If England were to replicate elements of Quins’ attacking shape, it could provide Ollie Lawrence with a deserved start at inside centre, operating the Esterhuisen role, punching holes, and creating space for the playmakers. While Jack van Poortvliet or Alex Mitchell could provide the sniping threat at scrum half.

Realistically, given the time frame he has to work in, Evans isn’t going to transport the Harlequins blueprint to England’s attack. Evans’s critical job will be shifting the mindset, empowering his playmakers, and giving them the confidence to go out and play. England’s back line has an abundance of talent; it just needs to be given the freedom to play. Admittedly, this is easier said than done in international rugby, but England showed against New Zealand in the autumn that when they throw the shackles off, they are a completely different proposition. Evans is a hard-working coach with an excellent rugby brain, but equally importantly, he comes across as laid-back and approachable, a coach who would seek to take the pressure off his players.

A lot of discussion around Evans’s appointment has revolved around who will play fly-half, with some believing it will mean Smith will be pulling the strings. Owen Farrell will almost certainly be available for England’s Six Nations opener thanks to a farcical loophole in his ban; if he completes a World Rugby coaching intervention programme, his ban will be reduced to three weeks, conveniently freeing him up for the Six Nations. Farrell has been the Premiership’s form ten, benefitting from Saracens’ expansion in style this season, allowing him to demonstrate his playmaking abilities. I envisage that Farrell will start at ten, especially considering Smith is only just returning from injury. Evans has been involved in English rugby for almost fifteen years and will have a wealth of knowledge on players across the league, so Smith will not gain any particular advantage from his appointment.

England’s attack looked clunky and indecisive throughout the autumn. Cohesion will come from clarity, which Evans can provide. His appointment represents a shrewd manoeuvre from Borthwick, bringing a different philosophy to the setup. Borthwick was rightly lauded for the outstanding job he did at Leicester, but their title win stemmed from a return to the traditional Tiger’s strengths; a strong set-piece, a stingy defence, and a good kicking game. Evans’s inclusion gives England’s coaching ticket a good balance, providing an element of flair. Who knows, maybe Evans can get Smith and Farrell singing from the same hymn sheet? 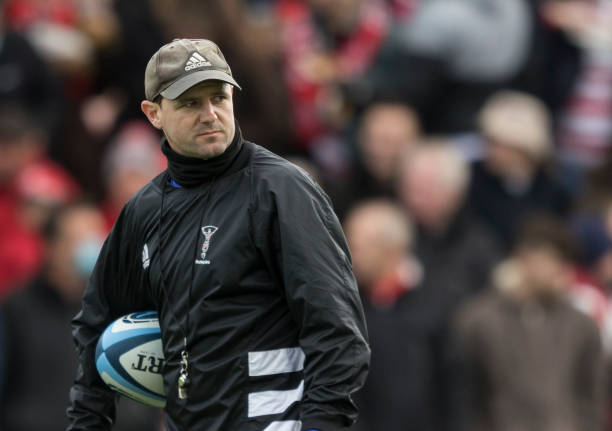 Alt media warned about everything happening today… now we’ve decoded the playbook on what happens next in the EXTERMINATION AGENDA targeting humanity – NaturalNews.com

Suspect arrested after £5,000-worth of vapes stolen in Kings Heath