Eddie Lands On His Feet

Most of the talk on Sunday evening had revolved around the makeup of Steve Borthwick’s impending Six Nations squad announcement, debating who would make the cut and who wouldn’t. Then the Australian Rugby Union dropped a bombshell. Dave Rennie had been sacked and replaced with England’s discarded man, Eddie Jones. Eddie’s returning home, and with a five-year deal to boot. Australia has decided to follow in the footsteps of England and Wales, rolling the dice with a World Cup looming on the horizon. Eddie’s sacking by the RFU provoked debate. His appointment by the ARU provoked shock.

The ARU will be banking on Jones’s tournament prowess to throw them into contention in France and provide a much-needed spark to a stuttering team. Just five wins out of fourteen games last year, including a first-ever loss to Italy, had Dave Rennie’s detractors sharpening their knives. Rennie is a victim of a business built on results; projects and progress become arbitrary in a World Cup year. Rennie won just 13 out of his 34 games in charge of the Wallabies, yet he can feel slightly unlucky.

Rennie was appointed in November 2019, replacing Michael Cheika after Australia’s dissapointing World Cup. His first year was severely disrupted by the global pandemic, while 2021 showed signs of progress, including a five-game winning streak. Like Jones, Rennie endured a difficult 2022, the nadir being their loss against the Azzurri. Rennie will rue narrow losses again France and Ireland in the autumn; a win in either game may have saved him his job. Australia have been ravaged by injuries this year, a point Jones recognised upon taking the job, believing the Wallabies can end their 24-year World Cup drought if they “have everyone fit and healthy”.

This is Jones’s second stint as the Wallabies head coach, having previously led them from 2001 to 2005, taking them to the World Cup final in 2003, the beginning of an impressive CV on the world stage. Jones will bring extensive knowledge of Australian rugby’s structure and setup, though he has yet to coach in his homeland since an ill-fated spell with the Queensland Reds in 2007. His role will certainly be all-encompassing, with Jones also overseeing Australia’s women’s team, with the ARU targeting full-time professionalism by 2025 for the Wallaroos. But Jones’s immediate concern will be getting the Wallabies into competitive shape for the World Cup and stamping his authority on the side.

Under Rennie, Australia could be accused of being over-expansive at times, particularly in their series defeat against England; it felt like they were going sideways too much, suffering from the injury-enforced absence of their bruising centre, Samu Kerevi. Rennie struggled to successfully transplant the high-tempo gameplan he employed successfully at Glasgow to the Australian side, who often seemed over-reliant on individual genius to create opportunities throughout their autumn series. Jones will likely bring a more straightforward approach, though the end of his England tenure saw him receive criticism about the lack of clarity and flexibility in England’s play. One area Jones will need to improve on is the Wallabies’ discipline. They lost a tight game in Dublin primarily through their ill-discipline, being pinged for four neck rolls in the first half alone.

Jones’s appointment creates one of 2023’s most intriguing sub-plots, as Australia, England, and Wales find themselves on the same side of the World Cup draw. Australia and England could meet in the quarter-finals, a mouth-watering prospect. Jones vs. Borthwick, master vs. apprentice. Jones would relish an opportunity to mastermind a victory over his former employers. Today, the RFU announced they didn’t stop Jones from joining England’s rivals for ‘legal’ and ‘moral’ reasons. The decision could come back to haunt the RFU later in the year if the two sides meet, with Jones boasting a wealth of knowledge on England’s players. It’s a strangely sentimental decision from the RFU and one the ARU has gleefully exploited.

It remains to be seen whether Jones can make the Wallabies contenders, the clock is against him, but he’s a man who relishes a challenge. Australia’s fans better buckle in for the ride; it’s going to be loud, entertaining, and potentially fruitful. 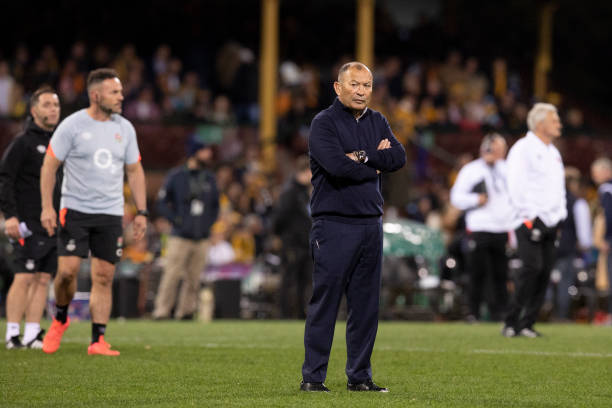 ‘Decision to arm ourselves or arm Ukraine’ – NaturalNews.com