Other than sharing the same birthday with her, I have a sentimental spot for Susie Wolff. With a wealth of experience at her hands, Susie absolutely deserved a fruitful and flourishing career in Formula 1 only to have her racing career turned into a managerial one. While serenading Susie Wolff, it is essential to acknowledge the intricacies that left her with an incredible career but no secure seat in Formula 1.

Susie is a former British racing driver with an automotive background; her parents owned a motorcycle dealership while her father competed in motorcycle races throughout her childhood. Entering competitive karting at a young age, Susie began building her motorsport career in Britain while eventually going on to race in leagues such as Formula Renault with Lewis Hamilton and Formula E before entering DTM as a Mercedes-AMG driver.

She then went on to sign for Williams Formula 1 Team in 2012 as a development driver, giving up competitive racing to secure a place in Formula 1. While Susie was no longer racing on the track, she became the first female driver in 22 years to take part in a Formula 1 Grand Prix weekend in the last 22 years by 2014. Taking on numerous testing and developmental responsibilities, Susie played a large part in Williams.

With a seemingly promising career, Susie announced in 2015 that she would be retiring from motorsport and began to take on a role with Channel 4 as an analyst the following year. After a few years, Susie was signed as the Team Principal of Venturi Racing in Formula E in 2018 and eventually became their CEO in 2021 until her retirement in 2022. Although it was not too long ago that her retirement from Formula E was announced, Susie Wolff has since had time off but with speculation of her next steps.

Many would dream of a career progression like this. With a career as strong and notable as Susie’s, why is she not more utilised in motorsport? You have to wonder what else she could do to qualify as either a racing driver or a Formula 1 team principal. In the case of her career as a racing driver, Susie had taken the traditional path that many current Formula 1 drivers have, with Lewis Hamilton racing alongside Susie in Formula Renault and then inevitably progressing to Formula 1.

Having raced in Formula Renault, Formula E, and DTM, then taking on roles as a development driver should surely gain a racer a seat in Formula 1. There are cases such as Lando Norris’ who was signed initially as a test and reserve driver prior to his entry in Formula 1; this is an unbelievably common procedure in Formula 1 and typically should guarantee you a seat in Formula 1.

There are of course many questions as to why Susie never got the chance to formally compete in Formula 1, with her husband Toto Wolff even claiming that Williams would have never given her the seat in order to retain Felipe Massa. Despite Formula 1’s cries for diversity and women in motorsport, it seems they missed the mark with Susie. While she may not have had the results in her junior career that Norris had, there are many who have made it to Formula 1 with far less to their names.

When it comes to her impressive managerial career, there is only more to dream of. With the Williams Formula 1 racing team, as of now, left with no team principal, who better to fill the seat? Susie has an insane resume, on and off track, and has managed a racing team as team principal before. Not just for diversity purposes as some would claim is a hoax, Susie deserves this opportunity to showcase her talents in motorsport.

Rumours have circulated that Susie is in line to become Williams’ team principal for the 2023 season, with little time left to decide. Under Susie’s management, Venturi experienced its most successful racing campaign to date in the Formula E World Championship, securing a second in the drivers’ championship. Had she been Team Principal for longer than just a few years, it is likely that Susie could have brought the team to a championship victory.

Already having connections with Williams Formula 1 team, having been their test and developmental driver for years, Susie could fit wonderfully into this team. It is of course possible that she may not want to join motorsport again, and she truly is done, but she should absolutely be considered seriously for the role. With Toto seemingly not having plans to slow down, it could be difficult to have both of them working and competing against each other.

While many might advocate for others to take on the role of Williams’ team principal, I truly do believe there is none other than Susie that could so gracefully do the job. She has been a Williams driver, an analyst, a team principal and much more, what else would they ask for other than willingness? Perhaps after all these years of only ever-so-slightly missing the mark on Formula 1, Susie simply does not want to indulge again. It would be a difficult thing to join as a team principal after so many years of fighting for a seat in the sport you love.

Looking at Susie Wolff and how close she truly did get to Formula 1; we can only hope that Formula 1 learns from its missed opportunities. Female drivers like Jamie Chadwick and Susie deserve seats in Formula 1, they deserve to have the very same opportunities that their male counterparts so often overlook. Susie has a prominent and prevalent career that deserves her own title, rather than just the referral to being ‘Toto Wolff’s wife’. 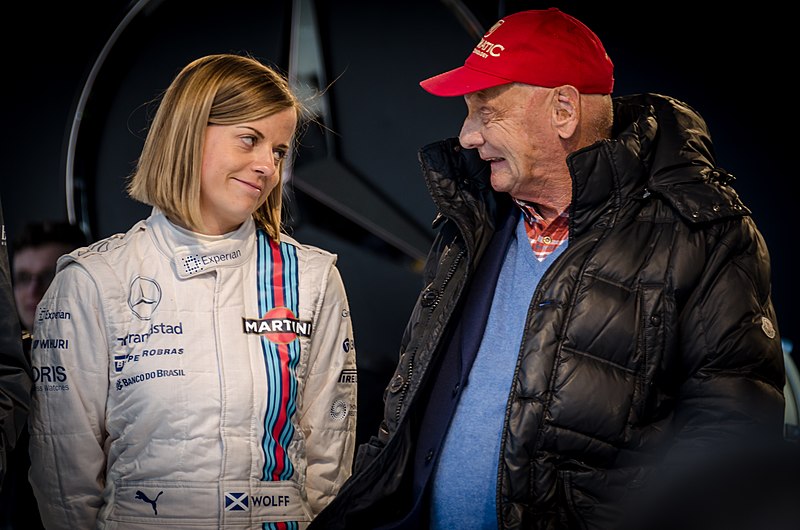