With Haaland And Álvarez Secured, Who Else Do Manchester City Need?

Despite their recent success of winning the Premier League title, albeit, in a dramatic fashion, Manchester City are already looking to next season as they step up their transfer ambitions.

The footballing world already knows that the Premier League holders had huge ambitions to sign a striker after missing out on Harry Kane last summer, but they have solved that issue in style by confirming the signings of both Julian Álvarez and Erling Haaland. Furthermore, City chairman Khaldoon Al Mubarak recently came out and confirmed further additions to the squad in his end-of-season interview with the club, but who could they be?

The most prominent rumours so far seem to point towards the positions of a defensive midfielder, to replace the outgoing Fernandinho, and left-back. More specifically, City’s interest in Kalvin Phillips of Leeds United and Marc Cucurella of Brighton has been widely reported in recent days, however, it remains to be seen if both clubs would be willing to do business on these players as they have both emerged as integral parts of their respective teams in recent seasons.

Keeping in mind that City usually gets their business completed early in the window, it would hardly be surprising to see one or two more offers or deals submitted within the next few weeks. However, on the contrary, it could also be that Pep Guardiola wants to promote a few more youth players through to the first team so that they can follow in the footsteps of the homegrown and established Phil Foden.

Last season saw the emergence of Cole Palmer in the Premier League and FA Cup and CJ Egan-Riley in the Champions League knockout stages. In addition, supporters also saw the appearances of prospects such as James McAtee who recently signed a new deal and Roméo Lavia who is thought to be a potential long-term replacement for Fernandinho, he has also been attracting interest from the likes of Leeds United and Southampton with City reluctant to see him go, could that be for a reason?

Despite all of the rumours that surround Manchester City this summer (as they always do), it would be a big surprise to see more than one or two more players arrive through the doors at the club, due to the Financial Fair Play restrictions that are so synonymous with the blue half of the city. This is of course unless Gabriel Jesus’ talks with Arsenal are successful and Raheem Sterling makes the move abroad like he is so heavily rumoured to do.

Either way, whether it be through the promotion of youth players, departures or further additions bolstering an already packed first-team squad, it seems that the Champions will see their squad change drastically by the time the transfer window shuts in September. 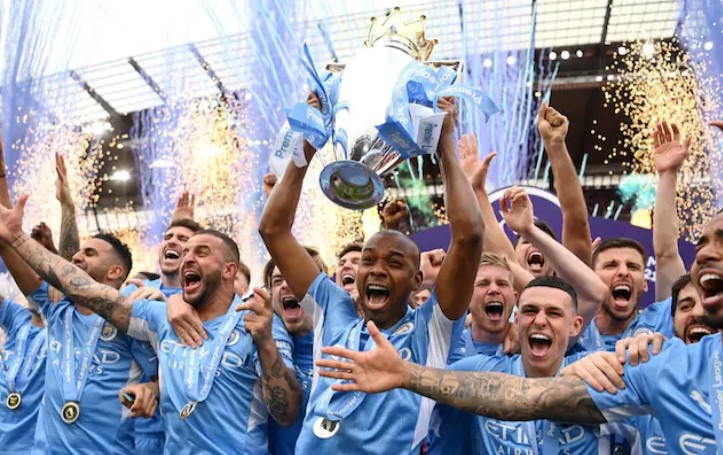